Colin Graves, the Yorkshire and England cricket chief, has backed key reforms after he apologised for his county’s part in a historic racism scandal. The governing body is set to implement new measures including meritocratic selection criteria and clearer guidelines on how players should behave off the field. 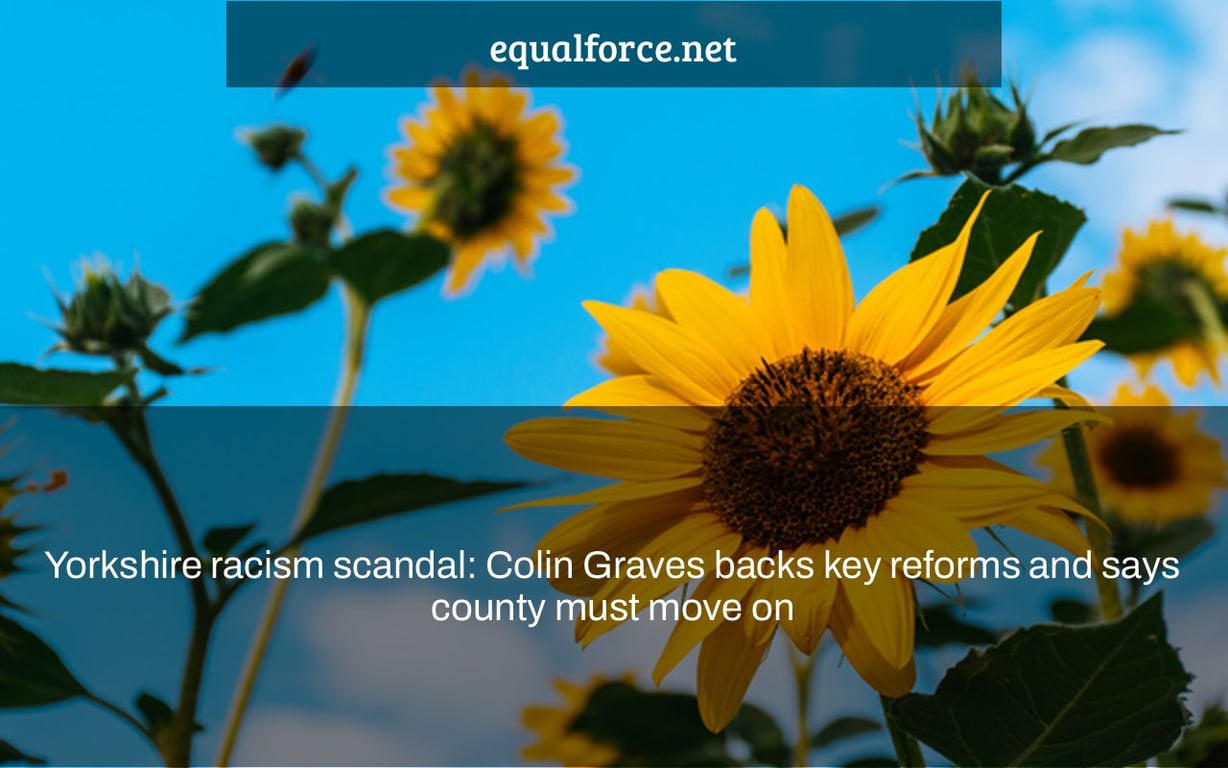 Colin Graves, the former Yorkshire chairman, went on to lead the England and Wales Cricket Board.

Former Yorkshire chairman Colin Graves has said that the county “needs to move forward” and that essential adjustments to the club’s regulations are needed.

If lucrative international hosting rights at Headingley are to be resumed, the England and Wales Cricket Board believes the revisions must be agreed.

In November, the club was banned from hosting key matches due to its handling of the Azeem Rafiq racism issue.

Yorkshire was on the verge of going bankrupt if the hosting rights were not recovered.

The club is attempting to approve the amendments at an emergency general meeting on March 31st, which was canceled earlier this month when it was discovered that it had not been properly called.

The club’s previous leadership was found to have neglected to register modified club regulations with the Financial Conduct Authority (FCA).

Lord Patel’s nomination as the new chairman in November, according to another former Yorkshire chairman, Robin Smith, was “invalid.”

Lord Patel, on the other hand, said that a handful of people were “actively working to postpone and sabotage” change.

“I have voted to endorse the modifications as described by YCCC to its members as a Yorkshire vice-president and member,” Graves told Sport.

“I really hope that the club’s legal counsel on these matters is sound and strong.

“Now is the time for the club to go on and resume hosting international matches and playing top-level cricket in England and Wales.”

“The talent that Yorkshire continues to develop is tremendous, as seen by the last West Indies Test match, in which four of the eleven players came through Yorkshire’s academy.”

Yorkshire’s constitution will be amended to add eight independent members to its board of directors and confirm Lord Patel’s status as chairman.

He stated last month that if the embargo was not removed, Yorkshire would face a “major financial catastrophe,” and that restoring international recognition was critical to planned changes.

By March 31, the club must achieve two more requirements to guarantee it can host the third Test against New Zealand and the third one-day international against South Africa this summer:

Yorkshire have suggested altering its bylaws to eliminate the necessity for formal consent from the Graves Trust trustees, the club’s largest creditor, in order to select or dismiss board members.

Yorkshire is reportedly owed £15 million by the Graves Trust, which is governed by a board of trustees. Graves is self-sufficient, claiming that the trust “has no say in the functioning of the club.” external-link

Between 2015 until 2020, Graves served as Chairman of the European Central Bank.

In November, Lord Patel’s immediate predecessor, Roger Hutton, stated that the trust had opposed the firing of chief executive Mark Arthur and director of cricket Martyn Moxon, both of whom have subsequently departed the club.

The ECB said it was “very worried” by rumours of conflict within Yorkshire CCC in a statement.

“Given what we’ve heard from Azeem and others about the club, it’s been evident that change is required,” the statement said. Lord Patel has outlined a comprehensive and serious strategy to transform Yorkshire CCC into a contemporary and diversified club capable of representing and engaging all of Yorkshire’s communities.

“We want to see all parties come together to assist Lord Patel in implementing the reform package he has proposed. At YCCC, it is not acceptable for anybody to obstruct development.”

Rafiq, who played for Yorkshire from 2008 to 2018, was judged to be a victim of “racial abuse and bullying” in a study released in September 2021.

Initially, the club said that no one would be reprimanded.

Julian Knight, the head of the Digital, Culture, Media and Sport select committee, said it was “appropriate” for Yorkshire to reclaim England matches “subject to critical governance changes being passed through.”

“Lord Patel needs the ECB’s and the broader cricket community’s support in his quest to transform Yorkshire’s culture, and I’m glad that this seems to be occurring,” he continued.