The launch of the new Schenker (XMG) line was controversial, as the laptops were delayed and some of them had to be recalled. Despite this setback, many believe that it will lead to a better product in future launches while other brands may fail due to poor quality control from their manufacturers. 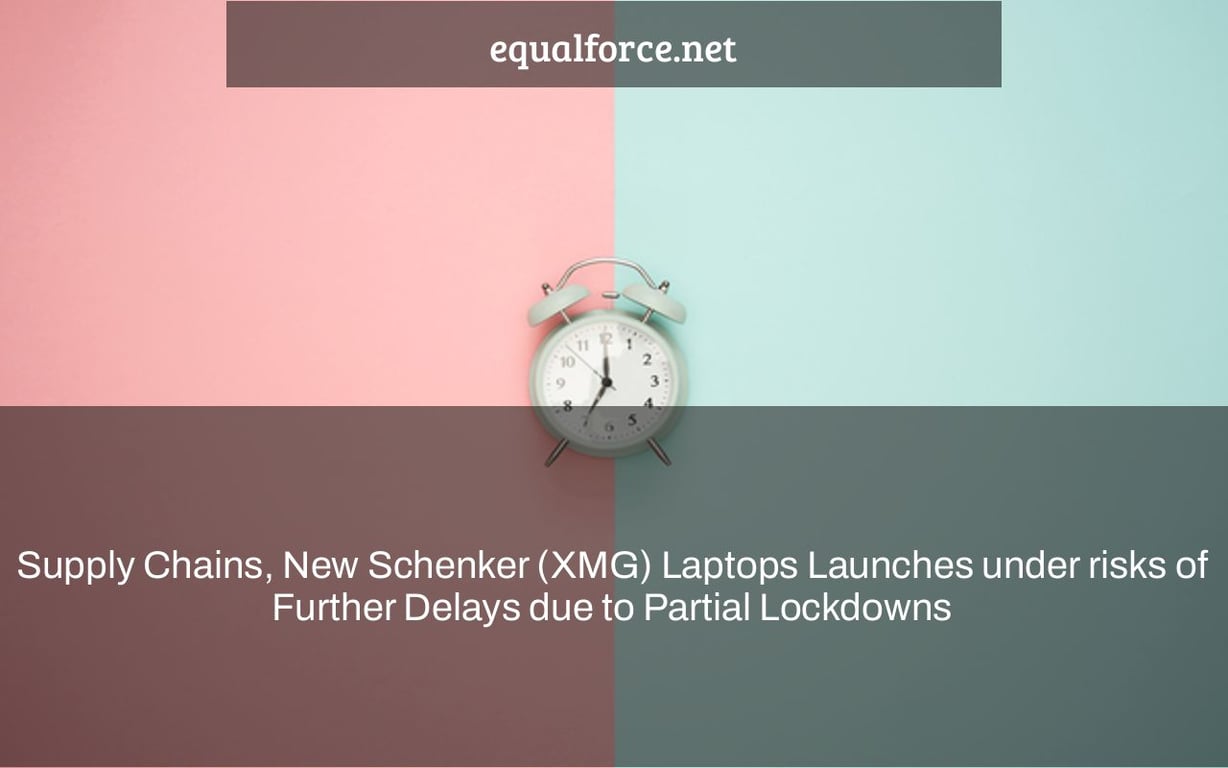 Due to recent outbreaks of the Omicron virus in China, which is one of the most important links in the tech market’s supply chain, the government is presently implementing partial lockdowns. The abrupt implementation of these lockdowns will cause the release of the next 12th Generation Intel Core CPUs and NVIDIA’s Ti graphics cards to be delayed.

The closing of a factory in Suzhou has caused a lot of confusion and unrest among manufacturers and brands. The delays in supply chains, along with logistical challenges, may result in shortages of available chipsets, driving up costs even further.

Suzhou had a sudden partial shutdown of factors.

The panic began with the temporary shutdown of a few factors in Suzhou, in eastern China. Local authorities in China are responding quickly to the Omicron variant epidemic, declaring partial lockdowns to prevent further spread.

These unexpected steps have an impact on a number of firms in the vicinity, including Bosch, United Microelectronics Corporation (UMC), the world’s largest semiconductor producer, and Samsung, the industry’s most well-known brand.

Aside from these well-known companies, the governing authorities have temporarily shut down a number of local enterprises and industrial sites in order to disrupt the infection cycle in the region. They also recommend frequent testing and a low-manpower approach to avoid future spread.

Lack of a transportation network

Logistics are also a problem, in addition to production and manufacturing. Despite the fact that the components and chipsets are finished and created, there are challenges and a significant delay in transporting the items to their destinations owing to a lack of transportation resources.

The delays are putting transportation firms, who are already operating at full capacity, to the limit. This is driving up logistical costs, which will be reflected in the pricing of next generation computers that will be available in stores shortly. This will be due to rising pricing for individual components, as well as the base and raw materials.

There is a shortage of crucial components.

Another source of worry is the scarcity of a few crucial components required for laptop manufacture. This includes power ICs, which have a limited supply but strong demand, resulting in higher prices. According to projections, the shortfall might last until 2023 at the earliest.

Tom Fichtner, Senior Product Developer at XMG, went on to clarify that they are in frequent contact with their suppliers and manufacturers, despite the scarcity and delays. According to them, delivery delays and postponements might extend up to several weeks, which is quite frustrating.

According to Fichtner, who is headquartered in Taiwan, the XMG NEO 15 (E22) with OASIS liquid cooling will most likely get the stated release and retail availability. However, other forthcoming models featuring the newest 12th Gen. Intel core CPU, such as the XMG FUSION 16 or the updated XMG PRO series, may face a delay.

Aside from that, the growth in the price of SSDs on the market poses a looming danger. The usage of tainted chemicals by two joint semiconductor factories – Kioxia and Western Digital – rendered roughly 6.5 exabytes of generated memory unusable. There are 6.5 million 1-terabyte SSDs that have been thrown away.

Given that these two businesses produce almost a third of all worldwide NAND, the market will see a significant increase in the price of accessible SSDs in the future.