Meta, the controversial photo-sharing app, has been accused of stealing features from other apps through a new update to its service. This updated version includes some popular functions that were previously seen in Instagram and Snapchat like stories and disappearing messages. The company has denied these accusations saying they have always innovated on their own ideas just as highly successful companies are known for doing so. 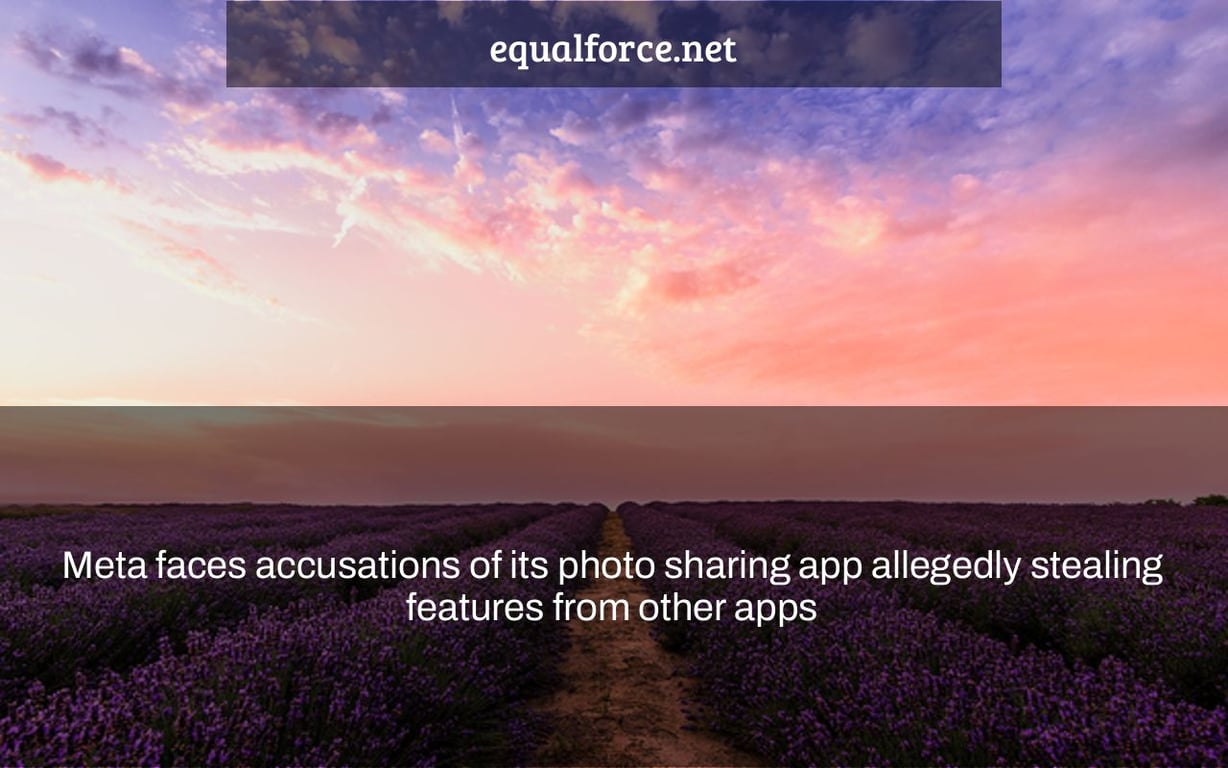 It has been revealed that Facebook, now known as Meta, has been accused by a picture app of ripping off the app’s functionality for Meta’s Instagram platform. Despite the fact that the picture app in issue is no longer available, the firm that created it has made the charges and filed a complaint.

The app from which Instagram reportedly stole features is called Phhhoto, and it was created in 2014 by three men named Omar Elsayed, Champ Bennett, and Russell Armand, before being shut down in 2017.

The Phhhoto software allows users to generate short gifs and gif-like films by capturing five frames in a single click of the shutter.

The notion was born at an office party in 2012, when three guys decided to make a gif / short video app for the iPad purely for fun.

The app was well received and adored by the guests at the party, so it was hired to other events and locations. Despite the fact that users enjoyed using the app, there was one issue to begin with. The issue stemmed from the fact that this product was not an app. This was the beginning of the Phhhoto app’s development.

Instagram features a function called “Boomerang” that is similar to Phhhoto and is quite popular. It’s a feature that Meta didn’t invent themselves, but rather drew inspiration from.

Phhhoto has accused Meta of copying Phhhoto’s Boomerang function, which is being publicized as though Meta invented the feature themselves.

Phhhoto also claimed that Meta restricted the Phhhoto app’s API from Instagram, preventing it from gaining fame and popularity for the purpose for which it was created, in order to pave space for Instagram’s own Boomerang app.

According to Phhhoto, “Facebook and Instagram’s actions decimated Phhhoto as a viable business and harmed the company’s investment chances.” Because of Facebook’s anticompetitive behavior, Phhhoto failed. Phhhoto was poised to expand into a social networking behemoth, comparable in size, breadth, and shareholder value to other social networking and media enterprises with which Facebook did not intervene,” according to the lawsuit filed in US District Court on November 4th, 2021.

When the Phhhoto app was first released to the market, it claimed to have 3.7 million active users. Beyoncé, Joe Jonas, Chrissy Teigen, and Bella Hadid are just a few of the celebrities that have utilized the app.

Mark Zuckerberg, the CEO of Meta, and Kevin Systrom, the former CEO of Instagram, were discovered to have downloaded the Phhhoto app and were evaluating its feature set in the early phases of its distribution to the market.

Phhhoto picked up on the two’s behavior, which was subsequently mentioned in the complaint, which goes as follows:

“This discovery established the first connection between Facebook’s prior measures against Phhhoto (here, taking off API access) as part of an exclusionary plan and the algorithmic repression uncovered in late 2017.”

Phhhoto is now suing Meta for monetary damages, but Meta will defend itself in court, claiming that Phhhoto’s charges are without merit, according to a Meta representative.