Julian Edelman is a wide receiver for the New England Patriots. He was on the sidelines during Super Bowl LII, when he made a bet with teammate and quarterback Tom Brady about who would win. When it came down to overtime, Edelman paid up his $100K wager after Brady led his team to victory in sudden death over Nick Foles’s Philadelphia Eagles. 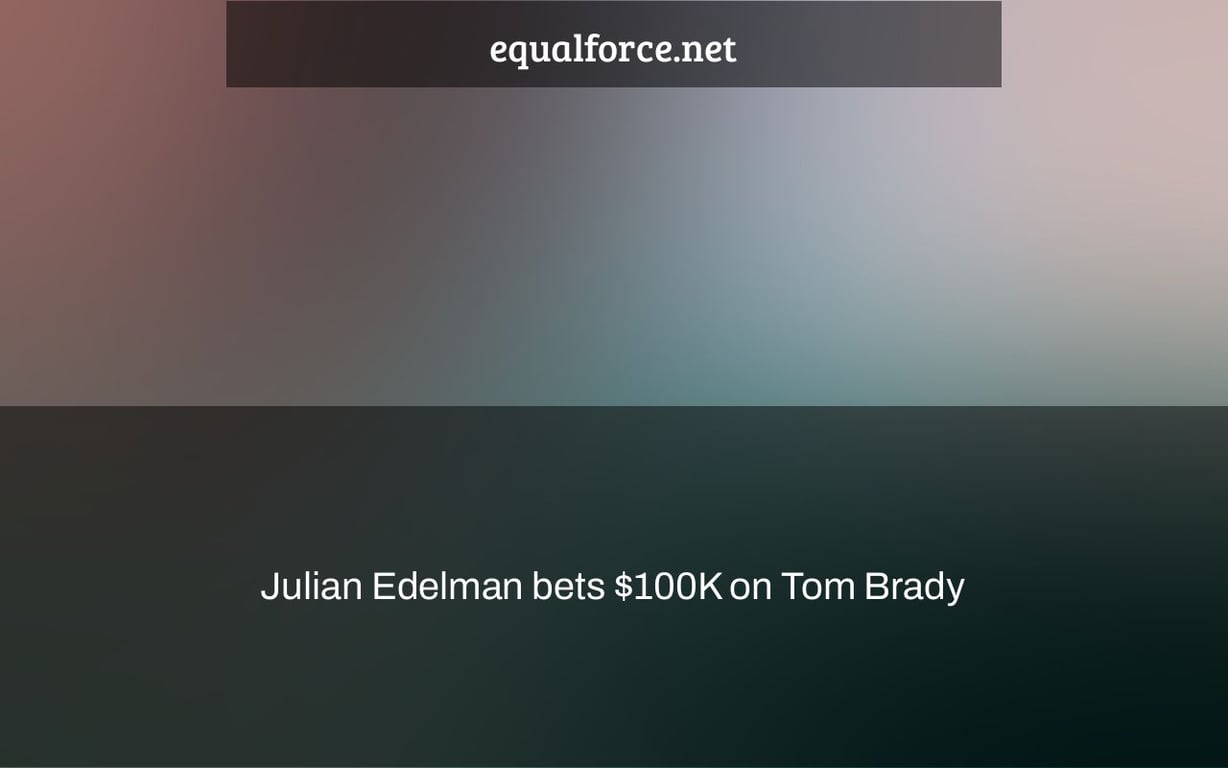 Julian Edelman, a former wide receiver for the New England Patriots, expects his old team to meet the Tampa Bay Buccaneers in Super Bowl LVI. According to reports, Edelman has staked $100,000 on the Buccaneers and Patriots playing for the Lombardi Trophy on Feb. 13 this season. According to TMZ Sports, Edelman made the wager using the WynnBet Sports App. Edelman was given the money to advertise the app, but he opted to use it to wager on a Super Bowl matchup between the Buccaneers and Patriots. After posting a screenshot of his bet on his Instagram account with the comment “Wynnbet gave me 100g’s for some social media,” Edelman corroborated the TMZ Sports allegation.

The Buccaneers finished second in the NFC during the regular season and will face the Philadelphia Eagles in the Wild-Card Game at Raymond James Stadium on Sunday. The Patriots, who placed sixth in the AFC, will play the Buffalo Bills in the AFC Wild-Card Game. Tom Brady, 44, made his much-anticipated return to Gillette Stadium in Week 4, leading the Buccaneers to a tight victory against the Patriots. Brady led the Patriots to six Super Bowl victories before signing a two-year, $50 million contract with the Buccaneers last season. Brady won his sixth Super Bowl trophy last season, guiding the Buccaneers to a victory against the Kansas City Chiefs in Super Bowl LV.

Brady and Chiefs safety Tyrann Mathieu had an explosive exchange during Super Bowl LV. Mathieu was spotted talking to Brady after Brady threw a touchdown pass to wide receiver Antonio Brown, extending the Buccaneers’ advantage. Brady was then recorded on video shouting something at Mathieu.

NFL Films recorded the conversation, however they later emphasized that Brady did not make any racial slurs. According to Bro Bible, former Buccaneers running back LeSean McCoy disclosed what Brady told Mathieu during the incident on a recent episode of the “I Am Athlete” podcast. Brady went to Brown to celebrate their touchdown hookup, according to McCoy, which did not sit well with Mathieu.

Brady subsequently apologized to Mathieu, saying, “Hey, I didn’t mean anything by it.” Mathieu responded, “Nah, f k that.” After that, Brady said, “Well, f k you.” Complex published an infographic highlighting the debate, with Brady commenting, “Just football… Tryann Mathieu is one of my favorite guys.”

The Bears have requested an interview with Bowles, and Leftwich has agreed.

The Chicago Bears, who dismissed Matt Nagy following another poor season, are among those looking for a new head coach. According to Luke Easterling of USA Today, the Bears have asked to meet Buccaneers offensive coordinator Byron Leftwich and Buccaneers defensive coordinator Todd Bowles as they search for Nagy’s successor. The Jacksonville Jaguars also interviewed Leftwich and Bowles last week. Leftwich and Bowles were scouted by a number of clubs last season, but they chose to stay with the Buccaneers.