Judge Ketanji Brown Jackson is no newcomer to the spotlight. She was appointed by President Obama in 2010 and has since presided over some of the most high profile cases, including her landmark decision on same-sex marriage and a series of controversial quashing executive orders.
She likely won’t be remembered for any of this however – instead she will forever be known as one who gave us “Red Meat.”
With that said, what are your thoughts? 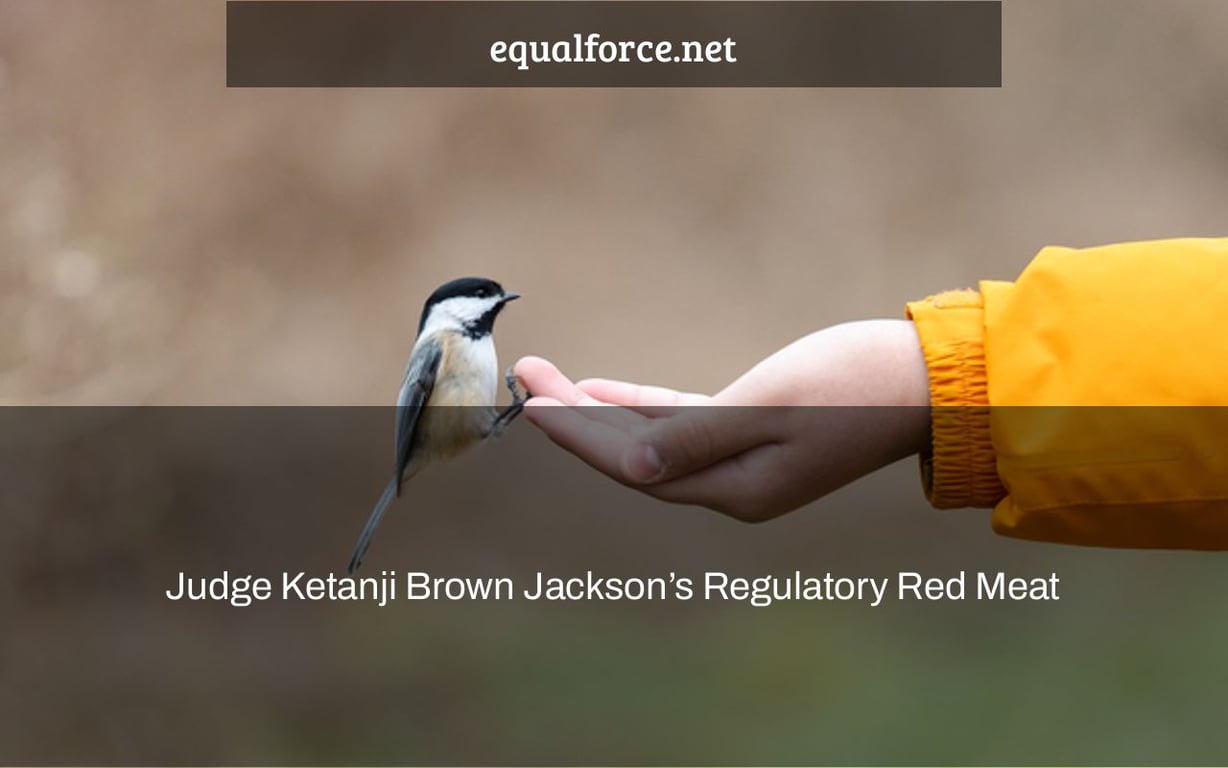 On March 23, Judge Ketanji Brown Jackson spoke before the Senate Judiciary Committee for the third day of his confirmation hearings.

As she prepares to face the Senate, Judge Ketanji Brown Jackson has been more circumspect than other Supreme Court candidates. She claims to have a judicial “methodology,” but not a philosophy, and her judicial record is spotty. Her 2013 opinion as a trial judge upholding a US Department of Agriculture country-of-origin requirement for beef provides some insight.

In 2008, Congress asked the USDA to create a rule requiring grocery retailers to publish country-of-origin information on beef. The goal was to promote American cattle. Meat has to be labeled with the nations where the animal was born, grown, and murdered, according to the USDA. In the guise of simplifying its labeling scheme, it also prohibited processors from “commingling” meat from multiple countries—a standard industry practice of combining animals from different farmers for slaughter and packing.

The regulation, according to the American Meat Institute (AMI v. USDA), violates the First Amendment and the Administrative Procedure Act. The government may mandate corporations to reveal “purely factual and uncontroversial facts” in advertising to avoid consumer fraud, according to the Supreme Court’s Zauderer case. The USDA regulation, on the other hand, did not extend to advertising and was not required to protect consumers from deceit.

Despite this, Judge Jackson accepted the USDA’s policy goal, which it stated only after it was sued: the regulation would avoid consumer misunderstanding and remedy misleading communication. She did so by misapplying Supreme Court precedent on commercial speech and administrative law, which prohibits regulators from providing post-hoc justifications after they have been sued.

She also decided that the USDA has the authority to prohibit commingling meat, despite the fact that Congress has not authorized it. “The lack of the phrase ‘commingling’ in the text casts doubt on Plaintiffs’ contention that Congress plainly meant to confront, and protect, the practice,” she said. To put it another way, if Congress does not expressly prohibit regulators from doing anything, they are free to do so.

A panel of the D.C. Circuit Court of Appeals went even farther, saying that the government has the authority to force corporations to reveal any simply factual information as long as it serves a legitimate government purpose. This is a standard with a lot of leeway.

The D.C. Circuit likewise found en banc in favor of the USDA, ignoring the commingling problem. Brett Kavanaugh, a circuit judge at the time, revealed his populist side by agreeing with the decision, citing the agency’s long history of helping American business via country-of-origin labeling. As a circuit judge, that was perhaps his worst judgment.

In 2015, a different D.C. Circuit panel rejected the AMI argument when it blocked a Securities and Exchange Commission conflict-minerals disclosure requirement. This implies that the appellate court is split on what criteria to use when examining restrictions that require commercial communication.

The Supreme Court may be asked to weigh in on the subject as the SEC moves to compel public firms to provide climate and other ESG (environmental, social, and governance) data.

Perhaps a Senator should inquire as to what Judge Jackson believes the standard should be. In any event, her AMI position implies she would give regulators a lot of leeway.