F. Gary Gray, known for directing movies including “Straight Outta Compton” and ‘The Fate of the Furious,” is teaming with Pepsi to create a trailer for an upcoming film. It’s unclear what movie will be featured in the ad, but it has been described as being “dark.”

F. Gary Gray, the director of Straight Outta Compton and The Fate of the Furious, has teamed with Pepsi to create a trailer for Hip Hop. 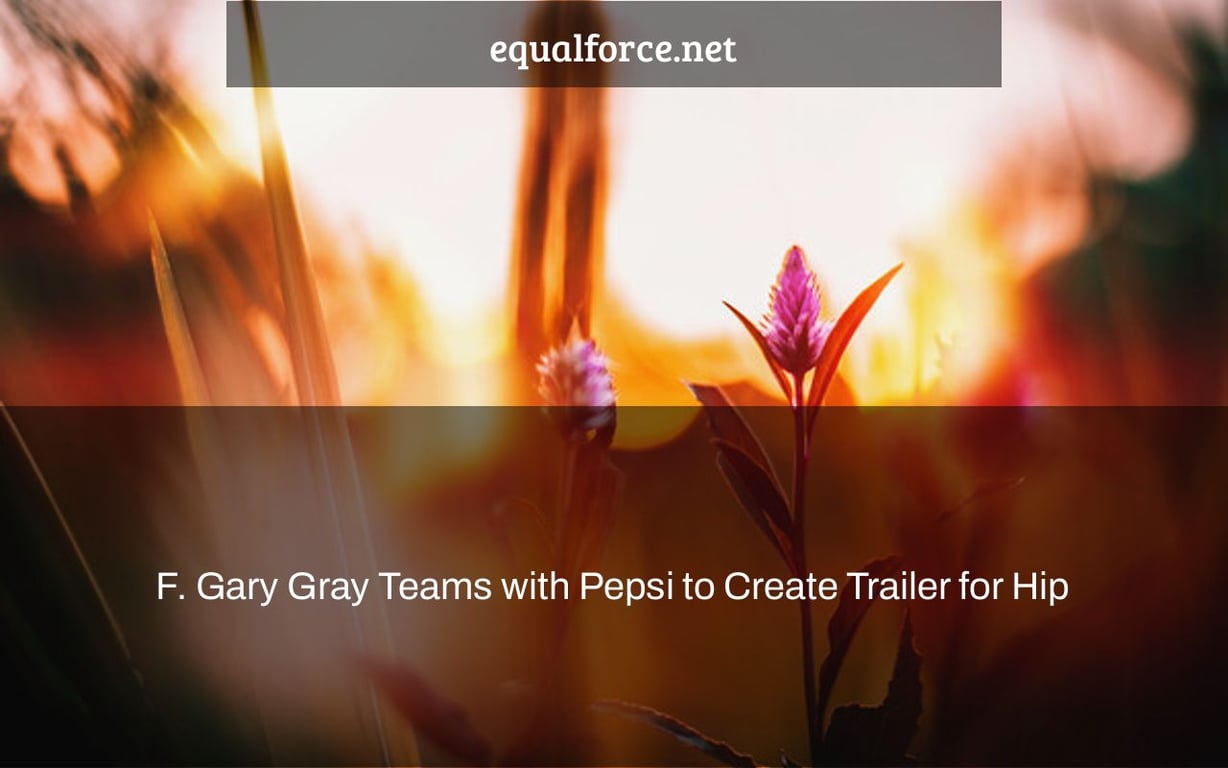 Since Dr. Dre, Snoop Dogg, Eminem, Mary J. Blige, and Kendrick Lamar were revealed as the Pepsi Super Bowl LVI Halftime Show performers, the world has been waiting to see what happens next. In the lead-up to what may be one of the most epic Hip-Hop moments of all time, Pepsi has produced a massive Halftime Show teaser dubbed “The Call” in partnership with director F. Gary Gray.

The trailer, directed by F. Gary Gray (Straight Outta Compton, Friday, The Fate of the Furious), honors the cultural importance of all five musicians ahead of their historic Pepsi Halftime Show performance. Dr. Dre, one of our generation’s most renowned hitmakers and a loyal LA resident, is at the helm of The Call, a high-octane blockbuster film inspired by almost two decades of iconic music videos and tracks. The camera jumps back and forth between Eminem, Snoop Dogg, Mary J. Blige, and Kendrick Lamar, showing their individual creative paths and inspirations. Dr. Dre, each artist’s friend and collaborator, then summons them to SoFi Stadium in Inglewood for the biggest Pepsi concert ever.

“Every time I work with Dre, it seems to signify a significant moment in entertainment history, from Friday, Set It Off, Straight Outta Compton, and now the Pepsi Super Bowl LVI Halftime Show,” F. Gary Gray said. “As a big fan, I consider it an honor and pleasure to be a part of honestly building and creating this moment with five of music’s most renowned musicians.” It’s been a lot of fun!”

From revolutionary music videos to the South-Central cult classic film Friday to the epic N.W.A biopic Straight Outta Compton, F. Gary Gray has been a megaphone for culture and hip hop for decades. He’s the most genuine voice to tell the story of the voyage from LA’s streets to the SoFi stadium next month. The soundtrack for “The Call” was created by Adam Blackstone, an Emmy-nominated music director and Grammy-winning composer who gathered the iconic songs “Rap God,” “The Next Episode,” “Family Affair,” “HUMBLE.,” “Still D.R.E.,” and “California Love.”

“Now that the most anticipated Pepsi Super Bowl Halftime Show performance of all time is only weeks away, we’re bringing fans closer to the enchantment of what will undoubtedly be a gigantic event in pop cultural history.” We wanted to provide a cinematic experience that could appropriately commemorate each of the artists and celebrate their importance in music and culture as they descend upon Los Angeles to produce a performance for the ages,” said Todd Kaplan, Pepsi’s Vice President of Marketing. “It was vital that we communicate this tale in a genuine manner, so we enlisted the help of F. Gary Gray and Adam Blackstone’s creative ability to create this powerful piece of content.” The teaser, as well as behind-the-scenes footage, fan giveaways, and much more, will be accessible on our Pepsi Super Bowl Halftime Program app in the coming weeks to keep fans excited about the show.”

Companies Prepare for Fallout From Cyberattacks Against Ukraine