The update also brings the Mine Overseer’s Tower, a new gameplay feature that will allow players to gain increased resources and power from their mines. The tower is part of a three-tier progression system with different rewards for each tier. Additionally, there has been an overhaul of Winter Holiday content as well as several other changes 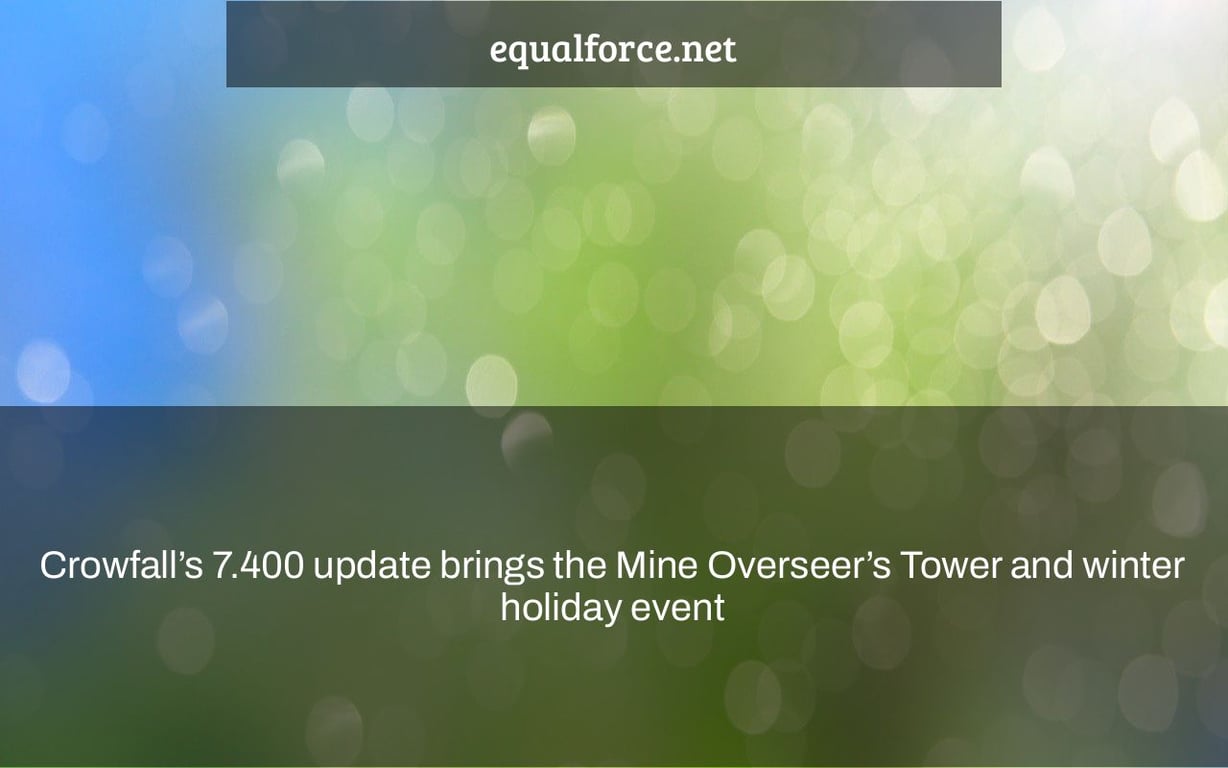 Despite rumors regarding its demise, Crowfall is pressing on with new content and events this week. The 7.400 update is now out, and it includes changes to group looting, the Wildland zones being shrunk, improved world banks, a slew of UI modifications, a short round of class balancing, and the Mine Overseer’s Tower.

“Beware the Overseer’s Tower!” The Crows have been picking through the Mines of the Dying Worlds for far too long. In their arrogance, the Overseer’s soul has reawakened and bound the chests that were rightly hers (before the whole dying thing). They’ll need to establish themselves as the new boss and grab the Overseer’s keys if they want to keep collecting resources for their strongholds. In the land of Crowfall, a new captureable package has appeared! The Mine Overseer’s Tower is a captureable parcel that grants the Overseer’s Keys perk when you reach the top. Players will be able to travel to the Mines and plunder the chests now that they have this boost. These chests cannot be entered without the buff, and the player will be told to locate the Overseer.”

In addition, ArtCraft has begun its Crowmas Winter Event, in which players will choose a side – Merry or Miser – and gather Crowmas Magic and gifts, culminating in a big reward on January 2nd.

The “crowfall steam” is a new update that has been released for Crowfall. The update brings the Mine Overseer’s Tower and winter holiday event.

5 Common Tv Antenna Reception Issues and How to Fix Them

Charleston Dupree Berry Honored on ‘The Challenge’ by BMP