Christine Grant, the Iowa State women’s athletic director and a pioneer in Title IX implementation who was credited with transforming the nation’s collegiate sports landscape, died on Wednesday at age 85. Her family said she passed away peacefully in her sleep after being diagnosed with Alzheimer’s disease last year. 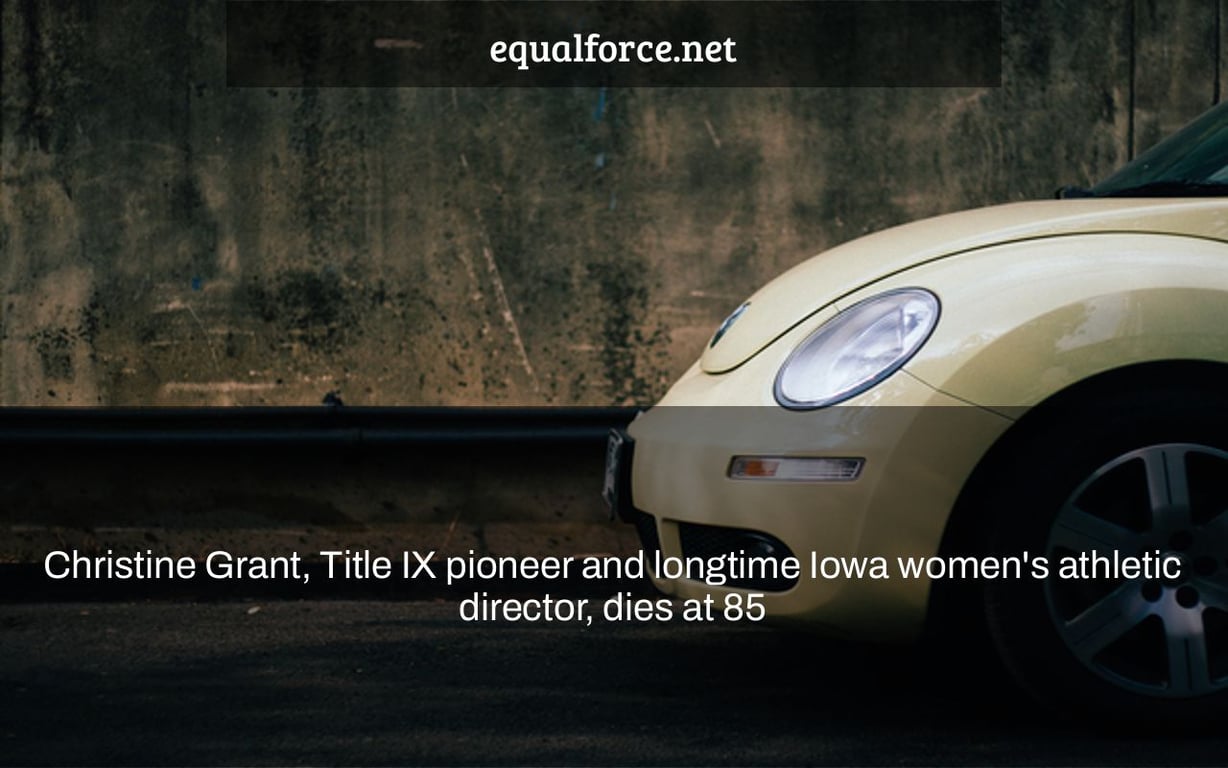 According to the university, Christine Grant, a pioneer in the implementation of Title IX in college athletics and a longstanding Iowa women’s athletic director, died on Friday. She was 85 years old at the time.

In 1983, Grant chose C. Vivian Stringer to lead the Iowa women’s basketball team. Stringer led the Hawkeyes to six Big Ten championships and their sole appearance in the Women’s Final Four in 1993. Grant also hired Lisa Bluder, Iowa’s current head coach. The Hawkeyes are rated No. 21 in the country.

During Grant’s time at Iowa, the field hockey team won the NCAA championship in 1986 and advanced to nine subsequent NCAA Final Fours.

“She provided thousands upon thousands of girls with the chance to enjoy and profit from sports participation,” Bluder said in a statement. “Girls and women would not be able to enjoy the benefits of sport in the manner we know it today if it weren’t for Dr. Grant’s passion and efforts to gender equality.”

In 1974, she got a doctorate in sports administration from the University of Iowa. After Title IX was passed into law in 1972, schools around the country started to develop varsity sports programs for women, and Iowa was one of the pioneers behind Grant.

Christine Grant, a pioneer in the implementation of Title IX in collegiate athletics and a beloved former Iowa women’s athletic director, passed away on Friday at the age of 85. Athletics at Iowa State University

She was a consultant for the Civil Rights Title IX Task Force and was often sought as an expert on Title IX by the media.

Grant was a founding member of the Association of Intercollegiate Athletics for Women, which supervised college women’s athletics from 1971 to 1982, and subsequently served as its president. In the autumn of 1981, the NCAA took over as the regulatory body for women’s championships; the AIAW continued to hold finals in 1981-82, but stopped operations after that.

Grant was also a member of the National Association of Collegiate Women Athletic Administrators for a long period, serving as its president from 1987 to 1989. Women Leaders in College Sports is the new name for the group.

Stringer, a Pennsylvania native, was recruited to the Midwest by Grant after seeing the 1982 NCAA championship game with Cheyney State.

Grant received the Gerald R. Ford Award for leadership in college sports from the NCAA in 2007.

“Christine is a renowned and dedicated leader who embodies a whole class of pioneers who broke down obstacles for the sake of women’s athletics,” stated the late Myles Brand, former president of the NCAA.

“She and others performed the hard work that has given today’s collegiate women athletes the chances they deserve, and her bravery and character have made her a role model for today’s student-athletes and sports administration.”

Celtics players who need to be All